Photographers create dramatic effects by using the right camera settings…
Camera Aperture is at the top of the list!

Known as “Depth of Field”, adjusting the aperture of a camera lens allows the professional photographer to control what part of a photo is in perfect focus, and what parts of the image he wants to be out of focus.

Since it is human nature to be drawn to what is clear, photographers use this technique to turn a regular picture into one that is spectacular!

Graphic designers can simulate this technique in Photoshop with relative ease, changing the look of the Depth of Field in an existing image to control where the reader's attention is drawn.

Aperture is the size of the opening of a cameras lens. The aperture stop of a photographic lens can be adjusted to control the amount of light reaching the film or image sensor. The size of the aperture is measured in f-stops. In combination with variation of shutter speed, the aperture size will regulate the film's degree of exposure to light. 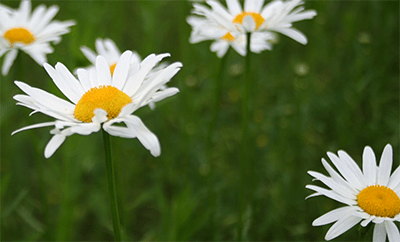 Photo “As Shot” with Wide Depth of Field

In Photoshop we can “borrow” the concept of Depth of Field (DoF) from photography and simulate aperture adjustments with Photoshop's Lens Blur Filter. In the top menu select FILTER > BLUR > LENS BLUR.

Make a copy of the image:
Layer > New > Layer via Copy

or by using the keyboard shortcut:
Control + J (on a PC), or Command + J (on a Mac),
or by simply dragging the
background layer to the "create new layer" icon.

Delete the "eyeball" in the layer pallet
of the original background layer
(the one you just copied) and keep it locked.

Then, make sure the "background copy" layer
you just made is the one that is selected
(highlighted in blue).

In the channels pallet (WINDOW > CHANNELS)

Click on the icon to create a new channel.
Once you create the new alpha channel, the entire image will be covered with black, and a new layer will appear in the channels menu called “Alpha 1”

After the new alpha channel is created, reselect the “Eyeball” in the top RGB icon, and a red mask will now be covering the image instead of the black box. This will become the image map used by the lens blur tool to create the depth of field effect.

If the instructions were followed correctly, the red mask over the photo should now be gone, and the black box in the Channels Menu called “Alpha 1” will be WHITE instead of BLACK.

Now it is time to get creative, and decide what you want to be in full focus, and what should be blurry by making adjustments in the new Alpha 1 channel.

In this tutorial, the objective was a blurring behind the bench setting area towards the top of the image, so the house and sky in the background would be out of focus. The reason the gradient was used was so the fading would be gradual, as an aperture adjustment on a camera might look. To also fade towards the foreground in front of the bench, choose Select > Inverse and draw another gradient going the opposite direction to blur the foreground.

The two gradients were combined to create a gradual blur, with a focal point around bench and the interior of the brick-in area. To finish it off, fill in that entire area that you want to be in FULL FOCUS with 100% black. You could use a brush, a lasso selection, or your other favorite tool. In our case the lasso tool was used to select the desired area for full-focus.

When finished, this Alpha Channel is known as an Image Map that controls the Depth of Field, simulating camera aperture. You can right-click on the alpha channel (option-click on a Mac) to see only the image map (as seen above) to help you with any fine-tuning of your alpha channel. Continue filling in those ares that are to be in full focus with 100% black, slightly out of focus with a dark gray, etc.

Select the RGB channel (in the channels pallet) to make the image itself the subject of the filter.

Then select your alpha channel in the source menu & begin to adjust the “blur focal distance” slider until you are satisfied with the effect in the preview area.

You can also simulate different lens iris configurations, adjusting the brightness of the highlights, etc.

If you have any questions about our services, need a price quote, or want to speak with an expert for some questions about printing or graphic design, please don't hesitate to contact us.
We will be happy to assist you!